The historic B-N Islander aircraft G-AVCN is the third BN-2 Islander produced at Bembridge Airport and the oldest one of its type in existence. Over 50 years ago G-AVCN was under construction in the original Bembridge Hangar alongside what is now the Propeller Inn. Islander G-AVCN was first flown from Bembridge Airport on 24 April 1967. A month later it appeared at the Paris Show and on 18 August, 1967, was awarded its Passenger Transport Certificate of Airworthiness. It entered service with Aurigny Air Services, based in Guernsey, on 1 March, 1968.

After some 32 years in service in the UK and later in the Caribbean region it ended up in a semi derelict state at Isla Grande Airport in Puerto Rico. Thanks to the efforts of BN Historians and sponsorship by Peter Graham’s company, Airstream International, the Islander was brought back home in early 2000, originally to be restored to fly. However, this did not work out as planned and by 2009 the dismantled remains were in open storage at B-N’s Bembridge Site and “at risk”.

With help from Bembridge Heritage Society and local people, the Britten-Norman Aircraft Preservation Society (BNAPS) took charge of the remains and organised their transport to a small workshop near Bembridge Harbour in July 2010. Volunteers were recruited to form the restoration team to rebuild the Islander as a high quality static exhibit. Restoration work was started in 2011.

After successfully rebuilding the fuselage, by October 2015, it was clear that larger premises were needed to complete the work of rebuilding the wing. The project moved to a large storage facility at the Brickfields site near Ryde in March 2016 where the restoration work made steady progress and by early May 2019 the aircraft had progressed to the final assembly stage.

The project has received continuing support from industry, individual donations together with grants from the Isle of Wight High Sheriff’s Trust, the Transport Trust and WightAid. The restoration of Islander G-AVCN has only been possible through the continuing and dedicated efforts of our restoration team of volunteers. The work has progressed well and BNAPS is planning for an “official” unveiling of the restored aircraft in late 2019 when it will be seen in the colours of Aurigny Air Service as it was 50 years ago.

The next challenge is to secure an appropriate place on the Isle of Wight for the restored Islander to go on public display as an historic part of the Island’s aviation history. 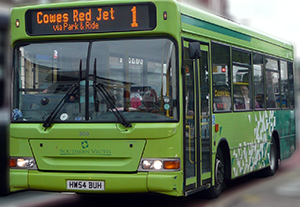 With easy access via car and the number 1 bus as it passes right outside the museum every 10 minutes.

The Cafe and Museum are now fully open to welcome visitors.

Family ticket (2 Adults and up to three children) £25

The staff at the museum could not have been more helpful and the museum is home to a very impressive collection of military memorabilia and hardware. Worth a visit.